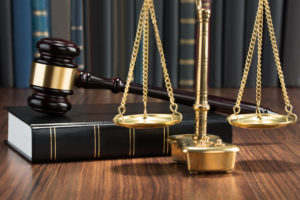 In what is known as a “snap” removal, a non-resident defendant may be able to remove a state court case to federal court based on diversity jurisdiction, despite resident defendant(s) being named in the suit. To effect a snap removal, the non-resident defendant must file removal papers before the plaintiff can effect service on any resident or forum defendants. Although this procedure is not available to defendants in every state, a recent Fifth Circuit opinion makes clear that snap removals are fair game in Louisiana, Texas, and Mississippi. See Texas Brine Co. v. American Arbitration Ass’n, 955 F.3d 482 (5th Cir. 2020).

Federal courts exercise diversity jurisdiction over civil claims that “exceed[] the sum or value of $75,000” that are “between citizens of different states.” 28 U.S.C. § 1332(a)(1). Diversity jurisdiction provides a means by which a non-resident and/or out-of-state defendant may avoid litigating in state court. Generally, a defendant may remove a case filed in state court to federal court under 28 U.S.C. § 1441(b)(1) within 30 days after being served with initial pleadings. According to 28 U.S.C. § 1441(b), “a civil action otherwise removable solely on the basis of [diversity] jurisdiction… may not be removed if any of the parties in interest properly joined and served as defendants is a citizen of the State in which such action is brought.” Therefore, because the statute specifically prohibits the action being removed if a served defendant is a citizen of the state in which an action is brought, courts have held that removal is proper if it occurs prior to service on a resident defendant, and the value of the claim exceeds $75,000.

Jackson Lewis attorneys are available to answer any questions you may have regarding snap removals, employment-related litigation, or any other employment law issues.